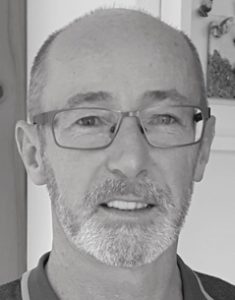 Kevin Murphy is a Zoologist who has been working in the Aquaculture field for over 30 years. He graduated from NUIG with an Honours B Sc (Zoology).

Kevin has worked up and down the West coast of Ireland with all of the Irish salmon farmers – providing technical support and advising on fish welfare issues.

He has worked for Mowi (Ireland) & Skretting (Ireland) for a number of years, both as principal Fish Health Manager.

Kevin has worked as an Aquaculture Consultant for several years working on large projects such as:

Kevin has auditing experience working for the Aquaculture Stewardship Council – in several countries including Norway, Scotland, Turkey, USA and Canada.

Kevin is an award-winning amateur wildlife photographer. His work has earned him a Fellowship Distinction of the Irish Photographic Federation. He is also a member of Birdwatch Ireland and Irish Wildlife Trust.

Kevin’s role in APS is that of Validation Scientist.